What do Arsenal Need to do This Season?

The aim for Arsenal this season is to finish in the top four and qualify for the Champions League. Anything less than this will be seen as a failure and as things stand the signs are not looking good for The Gunners.

Having played 12 matches in the Premier League, Arsenal find themselves in 6th place with 17 points to their name. That leaves them 8 points adrift of the top four places and plenty of work to do if they are to catch the teams above them. What do Arsenal need to do this season to qualify for the Champions League?

Many Arsenal fans may suggest that sacking the manager is their main hope of finishing in the top four of the Premier League this season. Unai Emery has been under pressure due to some poor performances and results in the Premier League plus the incident involving former captain Granit Xhaka.

Having shown his anger to the Arsenal fans having been substituted, the Swiss international was stripped of the captaincy by Emery, who handed the armband to Pierre-Emerick Aubameyang. It remains to be seen what impact this will have on the Arsenal dressing room but finding some harmony in the squad and with the fans is key to closing the gap on the clubs above them.

Things have not really been working out for Arsenal at both ends of the pitch this season. They have scored just 16 goals in the Premier League which is fewer than 7 other clubs including Burnley, Tottenham Hotspur and Aston Villa who all find themselves in the bottom half of the table. While no one can fault the goals record of Aubameyang, the same cannot be said for Alexandre Lacazette. The French striker has been below his best so far this season and playing both him and Aubameyang in the current formation employed by Emery has proved problematic.

Arsenal need to get Lacazette scoring goals regularly if Arsenal are going to improve and mount a challenge for the top four places. The same can be said for new signing Nicolas Pépé. The Ivory Coast international has shown promise at times throughout the season but has yet to hit the heights expected of a player who commanded a £72 million fee. 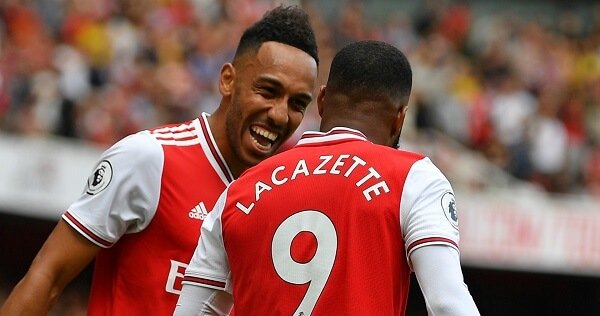 Signing a commanding centre back, who keeps mistakes to a minimum would help to improve the situation. Perhaps a player who has performed well in the Premier League over the years and would make a good addition is Lewis Dunk of Brighton. The Englishman is a solid defender who is tried and tested in the Premier League. The addition of a player such as Dunk may improve arsenal’s chances of finishing in the top four because as things stand, Arsenal are out at 9/2 to claim a top four place in the Premier League.