Tennis and Coronavirus. What to Expect?

Coronavirus has, at one point or another, disrupted the entire sporting calendar in Europe. But as other sports such as football have made a triumphant return in the midst of the pandemic, professional tennis continues to be in a state of limbo.

This uncertainty shrouding the sport has also had an indirect effect on the gambling industry, with hundreds of thousands of pounds due to be bet on the Wimbledon championship this year. If you’re looking to place a bet on the next Grand Slam, you can find the latest tennis betting odds here. But how far away are we from seeing the world’s top tennis stars back on the court? We take a look.

The ATP and WTA made the collective decision to immediately halt all associated tournaments in early March and we haven’t had a sniff of professional tennis action since then.

The last Grand Slam to be played to its completion was the Australian Open in January, with Novak Djokovic and Sofia Kenin taking home the men’s and women’s titles respectively and, with Wimbledon canceled, there will now be mounting pressure on the heads of the sport to resume the calendar.

The hold-up and cancellation of tournaments has seen this year’s calendar thrown into chaos. Already there have been multiple cancellations, but the authorities are working hard to rearrange some of the major tournaments and Grand Slams, where possible. Where that leaves all of the other ATP and WTA tournaments is anyone’s guess at this point in time.

The French Open, originally planned to take place between 25th May and 1st June has been postponed until September. The US Open is, at this time, still looking to go ahead on its usual dates of 31st August to 7th September, but with the French Open being postponed, there is a chance the US Open will have to take place later in the year. The prospect of an outdoor tournament in New York in the Autumn, or even the Winter, is not one that will excite the players, pundits, and experts very much!

At this time, the event calendar is due to pick back up at the beginning of August, with the Washington Open expected to be the curtain opener on a season that will no doubt be remembered in the history books. Albeit it, quite ironically, for the lack of action on the court, rather than the amazing things we’re used to seeing on it.

In the meantime, nobody is under any illusions as to just how big a job it is to get the professional tennis tours back on course. The thing that the ATP and WTA have communicated from the very beginning is that everybody’s safety, relating to the running and participation in all events, is of paramount importance.

Looking at how football – a very different, team-based, full-contact sport – has managed to return with very little to no setback in terms of transmission is probably a good sign that a sport like tennis can make a steadied comeback. Players and fans alike can take solace in the fact that it looks as though those in charge of the sport are doing their utmost to ensure tennis returns as soon as possible, in as safe a way as possible.

Free Play with no deposit needed 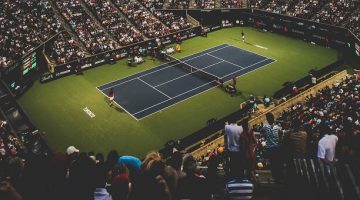 Betting on sports could be challenging and winning isn’t always guaranteed, as many professional sports…

Can Tiz The Law Win The 2020 Kentucky Derby?

Roulette is often depicted as one of the most attractive and thrilling forms of gambling.…

The Next Generation Of Online Gaming

Sports betting is more popular today than in previous years. Players can place their bets…