Norwich became the first casualty in the 2019/20 Premier League season last weekend and their relegation was confirmed following a 4-0 loss to West Ham. The remaining teams around the relegation zone all picked up points to keep the battle for survival well and truly alive. Towards the top, Liverpool dropped their first home points of the season to an in-form Burnley, while teams in the top half all still have hopes of reaching the European places. This week, one of the biggest fixtures takes place at the bottom of the table as West Ham face Watford with both teams well aware that a win would be a monumental step towards safety. Fellow strugglers Bournemouth have tough fixtures against Manchester City and Southampton, while Aston Villa face inconsistent Everton. In the top half, with just 10 points between Chelsea in third and Burnley in 10th, many teams will be looking to keep their European dreams alive, especially over-achievers Sheffield United and Burnley who face Leicester and Wolves respectively.

Burnley stretched their unbeaten run to five games after a well-fought 1-1 draw against champions Liverpool at Anfield. Since their 5-0 loss to Manchester City after the restart, Sean Dyche’s side have picked up 11 points from a possible 15, conceded just two goals and kept three clean sheets. Burnley’s home form is also excellent, they are unbeaten in six at Turf Moor, scoring seven and conceding just three.

Wolves returned to form this weekend beating Everton 3-0 but this was their first win in three following back to back defeats to Arsenal and Sheffield United. Despite their inconsistency, Nuno Espirito Santo’s side have only lost once in their last six away games and remain top of the away form table with 13 points on the road from the last 18 available.

Matt Lowton (ankle), Ben Gibson (knock), Jack Cork (ankle), Ashley Barnes (groin) and Ben Mee (thigh) are all ruled out for Burnley. Wolves have a fully fit squad to choose from this week.

Both Wolves and Burnley don’t concede many so expect a tight fixture here. Burnley will prove a tough proposition and could just edge past Wolves, who have been stuttering lately.

Arsenal are without a win in their last two following a 2-1 defeat to north London rivals Tottenham and after a 1-1 draw with Leicester. However, Mikel Arteta’s side have only conceded four in their last six in all competitions and scored 12 and are unbeaten in their last seven home games in the Premier League. The Gunners have kept four clean sheets during this run at the Emirates.

Liverpool’s score draw with Burnley last weekend was the third time they have dropped points in their last six games. Jurgen Klopp’s side have won three of their last six, drawing two and losing one. The Reds recent away form is concerning, their 3-1 win over Brighton was their first win in six on the road, they lost four and drew one in their previous five in all competitions.

Arsenal’s excellent home form may prove difficult for Klopp’s side. However, Liverpool haven’t lost to Arsenal in their last six meetings so could pick up all three points at the Emirates this week. Expect goals though, there have been 32 goals in the last six meetings between Arsenal and Liverpool. 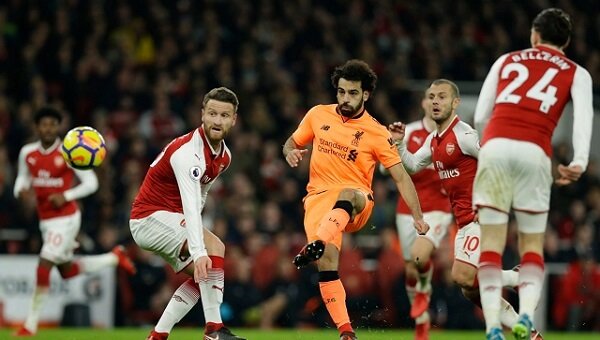 Eddie Nketiah is suspended for Arsenal while Calum Chambers, Bernd Leno, Gabriel Martinelli are all out with knee injuries. Matteo Guendozi (knock) and Pablo Mari (ankle) are also ruled out. James Milner could return for Liverpool following a thigh injury, but they will be without Jordan Henderson (knee) and Joel Matip (ankle).

After a difficult return to footballing action, Sheffield United have turned a corner and are now unbeaten in four after beating Chelsea 3-0 at the weekend. Chris Wilder’s side have scored eight in their last four matches and only conceded two. They kept back to back clean sheets in their last two games for the first time since the Premier League restart. However, they are without a win in their last four on the road (drawn two, lost two).

Caglar Soyuncu is suspended for Leicester. Daniel Amartey (ankle) and Ricardo Pereira (knee) are ruled out but Ben Chilwell and James Maddison could both return from injury. Sheffield United will be without Leon Clarke and Luke Freeman are out with knocks but John Fleck looks set to return from a groin injury.

Although Leicester have been inconsistent recently, they have an excellent recent record against Sheffield United and haven’t lost to the Blades in their last six meetings, winning five and drawing once. However, Wilder’s side look determined to get into Europe so a draw is likely.

Watford recorded back to back wins for the first time since January after successive 2-1 wins over Norwich and Newcastle. The win against Norwich was their first in five. Nigel Pearson’s side have really struggled on the road recently, losing their last four without scoring a goal. Their last win on the road came 14 games ago in the Premier League. The Hornets have won just twice away all season.

In previous meetings, things have been relatively equal between these two teams. West Ham have won three and Watford two of the last five meetings. With so much at stake, in terms of breaking clear of the relegation zone, expect a cagey score draw.

Robert Snodgrass is a doubt for West Ham with a back injury and Felipe Anderson may return from a thigh injury. Watford will be without Isaac Success (calf), Gerard Deulofeu (knee) and Daryl Janmaat (knee) but Troy Deeney could be back in contention.