Liverpool were finally crowned the champions of England last week, ending their 30 year wait for the Premier League title. Jurgen Klopp’s side secured the trophy with seven games still to play and face second placed Manchester City on Thursday. There is still plenty to play for as competition for the European places remains wide open as Sheffield United will look to get their campaign back on track as they host Tottenham on Thursday. Everton have an outside chance of making Europe, but will have to be at their best to get points from third place Leicester, who will be determined to secure third place. A tense relegation battle is heating up towards the bottom of the table, Bournemouth, Norwich and West Ham are all in action on Wednesday and must start picking up wins if they want to avoid relegation this season.

Everton have put in improved performances since the Premier League returned. They beat Norwich easily 1-0 last time out and looked hard to beat in the 0-0 draw with Liverpool recently. The Toffee’s home form is excellent this season and they have lost just three matches at Goodison Park and haven’t lost in their last nine home matches in all competitions.

Leicester have struggled for form recently. Following their FA Cup loss to Chelsea this weekend, they are without a win in their last three. Brendan Rodgers side have only scored one goal in their three matches since football returned. The Foxes’ have only won once in their last six away games in all competitions, scoring five and conceding six.

Yerry Mina and Fabian Delph could return to action for Everton, but Theo Walcott (chest), Djibril Sidibe (ankle), Cenk Tosun (knee) and Jean-Philippe Gbamin (calf) are all ruled out. Leicester will be without Daniel Amartey (ankle) and Ricardo Pereira (knee) while James Maddison is doubtful with a knock.

Everton and Leicester are in contrasting form and Everton’s solid performances in the last few games will make them hard to beat, so they may win this fixture by the odd goal.

Bournemouth currently sit bottom of the Premier League form table having gained just one point in their last six matches. The Cherries have lost their last three league matches, scoring one and conceding five in this run. However, Eddie Howe’s side have been slightly better at home. They lost one of their last four at the Vitality Stadium, winning two and drawing one.

Steve Bruce’s Newcastle side started well in their first two Premier League games, winning emphatically 3-0 against Sheffield United and battling to a 1-1 draw with Aston Villa. The Toon have lost just once in their last six in all competitions and kept three clean sheets. But they have only won one of their last seven away games in the Premier League, conceding 13.

Simon Francis (knee), Charlie Daniels (knee) and Callum Wilson (suspended) are all unavailable for Bournemouth while Ryan Fraser won’t feature after rejecting a contract from the club. Joshua King and Phillip Billing could return for the Cherries this week. For Newcastle, Ciaran Clark (ankle) and Florian Lejeune (knock) will be out, but Matt Ritchie could be available depending on a late fitness test.

Newcastle have a good recent record against Bournemouth and are unbeaten against the Cherries in their last four. However, Bournemouth’s decent home form will see them pick up a vital point against Newcastle in what is likely to be a score draw.

Sheffield United lost three games in a row for the first time this season following their FA Cup defeat to Arsenal this weekend. Since the Premier League restart, the Blades haven’t scored a league goal, conceded six and gained just one point. However, they have not played a league game at home since the restart and their form at Brammall Lane is good, picking up 11 points from their last 18 available at home. 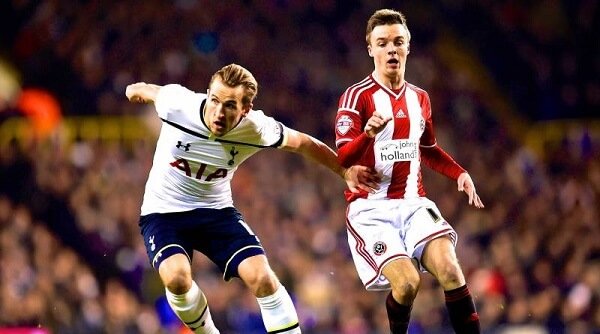 Tottenham have looked an improved side in the last two games as key players have returned to Jose Mourinho’s side. Spurs held out for an important 1-1 draw against United and looked assured in the 2-0 win over West Ham recently. They have struggled away from home this season, winning just three league games on the road all season.

John Lundstram will be out with a shoulder injury for Sheffield United and Jack O’Connell is doubtful with a knee injury. Spurs will be without Japhet Tanganga (back), Troy Parrott (knock) and Juan Foyth (knee).

Spurs come into this fixture in better form out of the two sides. They look a different side to the one struggling before the suspension of football and they could take advantage of a struggling Sheffield United side falling down the table. Spurs could win this one by the odd goal.

Manchester City looked unbeatable against Arsenal and Burnley, scoring eight goals in their first two games back. But errors in the 2-1 loss to Chelsea cost them and confirmed they could not win the Premier League this season. But Pep Guardiola’s side have won six of their last seven at home and lost just two at the Etihad all season. They have also scored 11 in their last three home fixtures without conceding a goal.

Despite struggling against a stubborn Everton in their first fixture back, Liverpool put Crystal Palace to the sword in their 4-0 win and could have score many more. However, the reds recent away form is a different prospect as they haven’t won in their last four on the road in all competitions, including a loss and a draw in their last two Premier League matches.

Although Liverpool have already won the Premier League, they will be looking to win as many points as possible and could break numerous league records. However, Man City will make things difficult and utilise their depth in the squad so a score draw is the likely outcome at the Etihad as there have been 15 goals in the last six meeting between these two sides.