The Premier League’s welcome return has already provided us with plenty of talking points, drama and some fantastic goals. Liverpool were unable to lift the title against old rivals Everton on Sunday. Their 30 year wait for a league title continues this week as they host Crystal Palace on Wednesday evening, but other results will have to go their way too. The race for Europe remains wide open with Wolves and Chelsea won to take a step closer to Champions League qualification, while Leicester, Manchester United and Tottenham all dropped points in their opening game. Towards the bottom, Norwich remain six points adrift after losing to Southampton. Losses for Bournemouth and West Ham also keep them firmly entrenched in a relegation battle as we enter the final stages of the season.

West Ham’s 2-0 loss to Wolves this weekend now leaves them with just one win in their last 10 in all competitions. The Hammers have earned just five points from their last 30 available and lost their last six away matches. David Moyes’ side have failed to score in their last two matches and haven’t kept a clean sheet for their last 11 matches, a run stretching back to January 5th.

Japhet Tanganga (back), Troy Parrott (knock) and Juan Foyth (knee) are all ruled out for Spurs. Lucas Moura is a doubt with a knock but Dele Alli returns after his suspension. Angelo Ogbonna is unavailable for West Ham due to an ongoing thigh injury. Robert Snodgrass, Sebastien Haller and Pablo Zabaleta could all be out with knocks picked up recently.

Both sides are experiencing a poor run of form. However, the Hammers have struggled hugely recently and Spurs looked an improved side against Manchester United so they should secure all three points for this fixture.

United’s 1-1 draw with Spurs last week extended their unbeaten run to six in the Premier League (won three, drawn three). Ole Gunnar Solskjær’s side have not lost in 12 in all competitions and only conceded three goals during this spell. United have only lost three times at home all season and won their last three at Old Trafford in all competitions, scoring nine and conceding none.

Victor Lindelöf, Phil Jones and Axel Tuanzebe are all doubtful for Manchester United with injuries. John Egan is suspended for Sheffield United. Jack O’Connell (knee) and David McGoldrick (knock) could return to action for the Blades.

Manchester United are in excellent form and are showing little sign of slowing down. Sheffield will make things hard for United, but the home team should win comfortably.

Liverpool have won just once in their last Premier League fixtures (won one, drawn one, lost one). However, their 100% record at Anfield in the Premier League remains intact and they have won all 15 games at home this season and boast the highest goal difference (+28) in the league. They have won their last six fixtures against Crystal Palace.

Crystal Palace are on an excellent run of form, winning their last four matches in a row in the Premier League. The Eagles haven’t conceded a goal in their last four, winning three matches 1-0. They are the second-lowest scorers in the league but have kept 10 clean sheets in their 30 league games this season. Roy Hodgson’s side has lost just once in their last six away games, winning the last two. 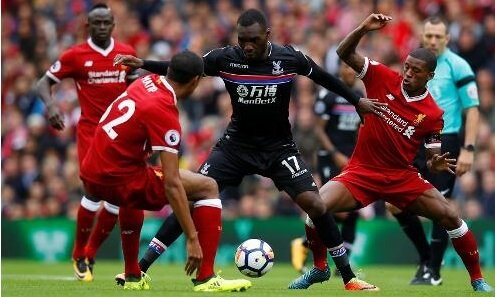 In form Crystal Palace will be a tricky opponent for Liverpool on Wednesday. But the Reds will be desperate to take a step closer and could possibly secure the league on their own ground which will seem them edge past Palace.

Southampton’s comprehensive 3-0 win over Norwich was their first in three games and just their second in eight games in all competitions. The Saints home form has been patchy this season and they have the worst home form in the league, taking just 14 points from 15 home fixtures.  They now have just one win in their last five at St Mary’s. Southampton have only beaten Arsenal once in their last six meetings.

Arsenal suffered back to back defeats for the first time this season with losses to Manchester City and Brighton. The Gunners are now without a win away from home in seven Premier League matches, a run which stretches back to mid-December. Mikel Arteta’s side have struggled to score away this season, only finding the net 15 times. They have score one away goal in their last three matches.

Arsenal have a number of injuries and look bereft of confidence at the moment. They have struggled since the restart. Southampton looked strong against Norwich and should come away with a home win against the Gunners on Wednesday.