There were some shock results last weekend in the Premier League. Liverpool lost for the first time this season to Watford and West Ham picked up their first win for two months.

Liverpool will be hoping to bounce back this weekend against Bournemouth. Manchester United take on Manchester City in the biggest match of the weekend and both will be looking to secure Champions League qualification in the coming weeks. In-form Everton take on Chelsea on Sunday as both aim to get into the top four. West Ham will want to build on their win last weekend but face a tough test against Arsenal. Watford can also move further away from the relegation zone with a win at Crystal Palace.

Arsenal’s revival under Mikel Arteta continues. The Gunners have lost only one match in their last 12. They are unbeaten in their last seven Premier League games and won their last two consecutive matches. Arsenal’s recent home record is good, winning three out of their last four, scoring 10 goals.

West Ham won their first game since New Year’s Day last weekend. It was the Hammers first win in eight attempts but David Moyes’ side have only secured five points from their last 24 available in the Premier League. West Ham haven’t kept a clean sheet in eight games and have lost their last five matches away from home.

Sead Kolasinac (shoulder) and Calum Chambers (knee) are ruled out. Kieran Tierney may be back in contention but Lucas Torreira may be unavailable after sustaining injury against Portsmouth. For West Ham, Jack Wilshire (groin), Tomas Soucek (thigh) and Ryan Fredericks (shoulder) are all ruled out. Andriy Yarmolenko may be available following a thigh injury.

Arsenal’s improving form will see them run out comfortable winners over West Ham, who are still struggling despite their win last weekend.

Burnley are on a four-match unbeaten streak and have lost just once in their last seven fixtures in all competitions. From their last 18 points available in the Premier League, they have gained 14 points. Only leaders Liverpool have a better return over the past six matches. Sean Dyche’s side have kept three clean sheets from their last four.

Tottenham have lost their last three consecutive fixtures, their longest losing streak of the season. They lost two successive Premier League fixtures for the first time this season after losing to Wolves last weekend. Jose Mourinho’s side have only won once in their last five away fixtures and have only three wins on the road this season. 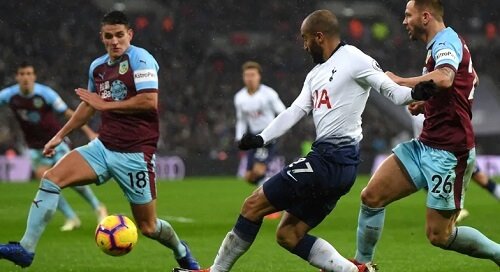 Johann Berg Gudmundsson (thigh), Ben Gibson (knee) and Matthew Lowton (knock) are all ruled out for Burnley. Ashley Barnes could return from a groin injury. Harry Kane (hamstring), Moussa Sissoko (knee) and Son Heung-Min (arm) are all out for Spurs. Ryan Sessegnon and Juan Foyth will face late fitness tests while Hugo Lloris is doubtful.

Burnley’s great form will see them gain all three points this weekend. Spurs are struggling with form and injuries and face a tough game at Burnley on Saturday.

Chelsea’s form is inconsistent currently. In their last nine fixtures they have three wins, draws and losses. Their 2-0 win over Liverpool in the FA Cup was the first time they kept a clean sheet in nine games. Frank Lampard’s side have one of the worst defences in the top half in the league, conceding 39 in 28 games. Chelsea have only picked up seven points from their last 18 available at home.

Jorginho is suspended for Chelsea while Christian Pulisic (groin), Tammy Abraham (foot), and N’Golo Kante (groin) are all out. Willian, Mateo Kovacic, Andreas Christensen and Callum Hudson-Odi may all feature after returning from injury.  Everton will be without Seamus Coleman (thigh), Morgan Schneiderlin (knee) and Jean Philippe-Gbamin (thigh). Lucas Digne could return from a muscular injury.

Despite Everton’s superior form, the points will be shared between these two sides. Chelsea’s win over Liverpool will give them a morale boost, but both teams poor defending means there will be goals.

Manchester City have won their last four consecutive matches, including the final of the EFL Cup against Aston Villa and an away Champions League victory over Real Madrid. City have won six of their last eight Premier League matches and lost just once in this run. Pep Guardiola’s side also have the second-best away record in the league, despite losing four times on the road this season.

Lee Grant (knock), Paul Pogba (ankle) and Marcus Rashford (back) are all ruled out for United. Daniel James, Axel Tuanzebe and Timothy Fosu-Mensah may be available following injury. Aymeric Laporte is out for City with a thigh injury. Sergio Aguero and Leroy Sane are set to return.

Both teams head into this fixture in good form so its likely to end in a draw. City and United have been difficult to beat of late so the points will be shared with both teams scoring.