There is a full fixture list this weekend as the Premier League returns from its first winter break.

Third placed Leicester take on Manchester City on Saturday in the battle for second place with just one point separating the teams. Chelsea host Tottenham in the early match on Saturday. It will be Jose Mourinho’s first visit to Stamford Bridge as Spurs boss and his side can move above the Blues to fourth with a win. Arsenal host Everton on Sunday as both teams will be looking to continue their improving run of form with an eye of the European places. Towards the bottom, Aston Villa face Southampton and Burnley take on Bournemouth. Each side will be well aware that a loss will drag them into further relegation trouble.

New customers only. 18+, BeGambleAware.org. Minimum deposit £10. Place any sportsbook bet (except Racing) of £20+ at minimum odds of 1.40 (2/5) to receive your free bets and casino bonus. 35x wagering on casino bonus. Free bet will expire 7 days after opt in. £20 Casino bonus will expire after 30 days of opt-in. Full T&Cs apply.

Chelsea are now without a win in four straight Premier League games and their only victory in the last five came against Hull in the FA Cup. They are struggling defensively and conceded nine in their last five matches without keeping a clean sheet. The 2-0 home loss to Manchester United on Monday was their seventh defeat at Stamford Bridge this season in all competitions.

The 3-2 win over Aston Villa was Spurs’ third successive win in all competitions and they are now unbeaten in seven matches. Mourinho’s side have only lost twice in their last 12 fixtures. But they have only secured four wins away from home all season and won one of their last six on the road.

N’Golo Kanté is ruled out for Chelsea after sustaining a groin injury against Manchester United. Reuben Loftus-Cheek and Christian Pulisic are also unlikely to feature but Tammy Abraham and Andreas Christensen look set to return. Harry Kane (hamstring), Moussa Sissoko (knee), Son Heung-Min (arm) and Juan Foyth (groin) are all out for Spurs but Erik Lamela may return from his groin injury.

Chelsea are really struggling to pick up any momentum currently while Spurs are in great form. The loss of Son last weekend will hit Spurs hard in attack so a draw is to be expected here.

Leicester are three games without a win in all competitions and have only won once in their last five Premier League fixtures. Brendan Rodgers side have lost twice at home this season in 13 Premier League matches, but these defeats have come in the last four games.

For Leicester, Hamza Choudhury is suspended for the next two fixtures. Nampalys Mendy (knee) and Daniel Armatey (ankle) are ruled out but Wilfried Ndidi may be back in contention. City are still without Leroy Sané and Oleksandr Zinchenko. Raheem Sterling, Benjamin Mendy and Aymeric Laporte could all feature.

With Leicester struggling recently, City will take advantage and win comfortably on Saturday with both teams scoring.

Watford are winless in five games having lost three and drawn two in all competitions. The Hornets have only picked up two points from the last 12 available in the Premier League and have one just one of their last seven away league games. 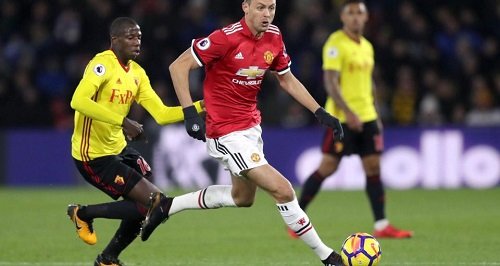 Marcus Rashford, Paul Pogba and Lee Grant are all unavailable for United. Axel Tuanzebe (thigh), Scott McTominay (knee) and Victor Lindelof (injury) may return but Timothy Fosu-Mensah (thigh) is doubtful. Watford will be without Daryl Janmaat due to a knee injury. Kiko Fermina, Tom Cleverley and Ismaila Sarr are likely to be available after recent injuries.

Watford are finding it difficult to secure a win anywhere currently. Their away form is particularly bad and United have won some important games recently which will give them the confidence to win this one.

In Carlo Ancelotti’s first 11 games at Everton, they have only lost twice. Other than Liverpool, they are in the best form in the league and have taken 14 points from their last 18 available. They are struggling away from home this season and have lost seven of their 13 away games but won two of their last four away.

Cedric Soares (knee), Kieran Tierney (shoulder) and Calum Chambers (knee) are all ruled out for Arsenal but Pablo Mari Villar will be back in contention. Fabian Delph returns from suspension for Everton. Jean-Philippe Gbamin remains out with a thigh injury while Theo Walcott (knee) and Bernard (knock) are doubtful. Andre Gomes may return following a broken ankle.

Both teams are in good form and looking more confident under their new managers but a draw will be likely at the Emirates on Sunday.