The second weekend of a condensed Premier League fixtures take place this weekend with most teams returning from their winter break.

Chelsea take on Manchester United on Sunday as the battle for fourth unfolds. United know they can close the gap on fourth place to three points with a win over Chelsea. Tottenham will be looking to keep pressure on Chelsea too as they take on Aston Villa. Villa are one point outside the relegation zone and will hope to create some distance from the bottom three this weekend. In mid-table, Arsenal and Newcastle are both on 31 points and Steve Bruce’s side could overtake the Gunners to 10th. Southampton and Burnley are also on 31 points so each team will be hoping to move up the table with the alluring possibility of reaching Europe this season.

Southampton have lost two of their last three Premier League fixtures and conceded seven goals. However, they have won five of their last eight, securing wins against Chelsea, Tottenham and Leicester in this run. The Saints have the worst home record in the league, earning just eight points at St Mary’s this season.

Burnley are unbeaten in three fixtures, winning two and drawing last time out against Arsenal. Sean Dyche’s side have conceded just one in their last three and kept clean sheets in their last two. They have lost three of their last five away matches.

James Ward-Prowse may return for Southampton after a knee injury against Tottenham. Ashley Barnes is ruled out for Burnley with a groin injury but Johann Berg Gudmundsson could return from a thigh injury.

Both sides are in fairly good form at the moment and both look hard to beat so a score draw is likely between Southampton and Burnley.

Aston Villa’s inconsistent trend has continued recently. They have won three and drawn one in their last seven and lost just once in their last three Premier League fixtures. Dean Smith’s side haven’t kept a clean sheet in six league matches but are the highest scorers in the bottom half of the table with 32 goals.

Tottenham are unbeaten in six matches in all competitions. They have lost two in their last 11 fixtures, winning five. Spurs are without a win in their last three away games in the Premier League and have only won two on the road all season.

Ezri Konsa and Danny Drinkwater are set to return for Aston Villa this weekend. Jed Steer (calf), Keinan Davis (thigh), John McGinn (ankle), Tom Heaton (knee) and Wesley (knee) are all ruled out for Villa. Ben Davies (ankle), Giovanni Lo Celso (groin) and Erik Lamela (thigh) may be in contention for Spurs. Harry Kane (thigh) and Moussa Sissoko (knee) are both out until April.

Aston Villa will be eager to get all three points this weekend to move away from the relegation zone and they could beat a Spurs team struggling away from home this season.

Newcastle are unbeaten in their last eight fixtures in all competitions. They have kept three clean sheets in their last five fixtures but are one of the lowest scorers in the league with 24 from 25 games. Steve Bruce’s side are without a win in their last four away matches, but drew their last two. 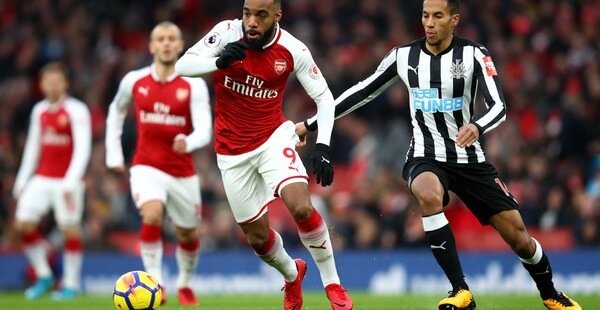 The winter break was welcomed by Newcastle and they should have players returning from a worn-down squad. However, Arsenal are improving and Mikel Arteta’s side will secure a comfortable victory over Newcastle this weekend.

Manchester United have secured one win in their last five Premier League matches. They haven’t won since early January and lost two of their previous three matches. United have won only three away games this season and kept just one clean sheet on the road in 12 away fixtures.

Reuben Loftus-Cheek looks unlikely to return from his calf injury this weekend. Christian Pulisic looks unlikely to feature with a groin injury. For Manchester United, Nemanja Matic will return from suspension and Odion Ighalo should be available. Axel Tuanzebe (thigh), Scott McTominay (knee) and Timothy Fosu-Mensah (knock) could also return from injury. Lee Grant (surgery), Paul Pogba (ankle) and Marcus Rashford (back) are all ruled out.

Chelsea and Manchester United find themselves in poor form and neither are building any momentum. Chelsea’s decent home form this season will see them ease past a United side who are struggling to pick up points anywhere.