In the battle for Champions League places, Tottenham host Manchester City with the visitors looking to secure second in the league while Spurs must look to close the gap on their rivals. Elsewhere, Wolves take on Manchester United with both teams on 34 points there will be plenty to play for in the fight for European football. There are several high-profile fixtures in the bottom half take place this weekend as Brighton travel to West Ham while 18th placed Bournemouth will be looking to climb out of the relegation zone with a win over 16th placed Aston Villa.

Three of Leicester’s six losses came in the last five fixtures. Brendan Rodgers’ side have only secure 10 points from a possible 24 in their last eight fixtures. The Foxes’ have lost just two matches at the King Power Stadium this season, but both of these have come in the last three home games against Liverpool and Southampton.

Chelsea are struggling for form. They surrendered a two-goal lead to draw 2-2 with Arsenal last week and lost 1-0 to a last-minute goal against Newcastle recently. Frank Lampard’s side have only won once in their last six games and have lost their last two away matches.

Both of these teams are not in the best form and neither team will do enough to secure all three points this weekend with a score draw looking likely.

West Ham suffered a shock defeat to West Brom in the FA Cup last weekend. It was their third loss in four and left new boss David Moyes with two wins in his first seven matches in all competitions. The Hammers home form is the second worst in the division. They have only earned 11 points from a possible 33 at the London Stadium this season.

Brighton have just one win in their last 10 matches in all competitions and have lost three of their last five matches. Their away from is one of the worst in the division having only won twice on the road in 12 attempts this season. Graham Potter’s side have lost their last three consecutive matches on the road.

Felipe Anderson (chest), Ryan Fredericks (thigh) and Jack Wilshire (groin) are all ruled out for West Ham while Lukasz Fabianski and Robert Snodgrass should return. For Brighton, Dan Burn (shoulder), Shane Duffy (blood clot), Leon Balogun (thigh) and Jose Izquierdo (knee) are all out of contention.

Despite both teams being out of form, this match is important for both teams and West Ham may just get all three points off of a Brighton side struggling away this season.

Bournemouth secured their first win in six against Brighton last week to keep within touching distance of safety. It was only their second win in 13 matches. During this run, Eddie Howe’s side only picked up 7 points, losing 10. Bournemouth have only won three times in 12 matches at home this season.

Aston Villa are unbeaten in their last three in all competitions and have only lost twice in their last seven. The have one win in their last 10 away games, but have drawn their last two in a row. Villa have scored the most goals in the bottom half of the table (31) but have one of the worst defences in the league, conceding 45.

Bournemouth showed huge improvement for their win of Brighton last time out and this will give Eddie Howe’s side a much-needed boost to get maximum points from a Villa side who are without some key players.

Man City’s have won seven of their last eight in all competitions and have only lost twice in their last 18 games. Pep Guardiola’s side have lost three away from home this season, but have one away loss in their last nine. They are the highest away scorers in the Premier League with 34 goals from 12 away fixtures. 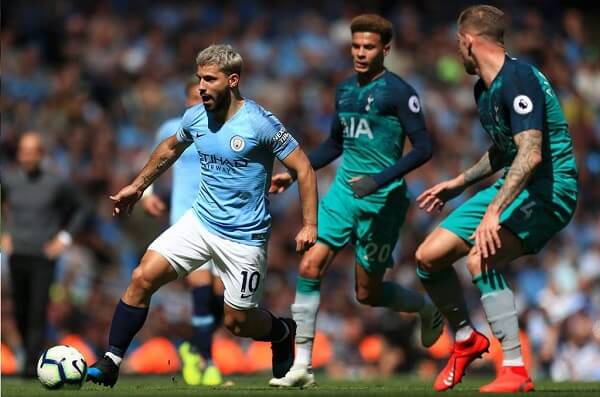 Although Spurs are showing encouraging signs of improvement, they still aren’t convincing and are missing Harry Kane. Man City have been performing well and should comfortably secure all three points.

Follow us over on Twitter @BettingWorx and never miss out on our free Premier League Previews, news, free bet info, promos and more!