Liverpool continue to plough on through their astonishing season but come up against Manchester United, the only team to prevent them from winning this season, in the biggest game of the weekend.

Manchester City look back to their best and will look to gain points to secure second against Crystal Palace this weekend, while third place Leicester take on out-of-form Burnley. At the bottom, it’s 20th v 19th as Norwich face Bournemouth with both teams hoping to gain points on their relegation rivals while revived Watford will look to continue their bid for survival against faltering Spurs.

Watford are the third most in-form team in the league after picking up 13 points from their last six league fixtures. Since Nigel Pearson took charge in early January, the Hornets have only lost one league match against table toppers Liverpool and have only conceded four goals in seven games.

Watford’s recent home form has been excellent and they look a different side under Nigel Pearson while Spurs are struggling for form so a home win for the Hornets is likely this weekend.

Crystal Palace have won just one match in their last seven league fixtures but have also only lost once in this run. Roy Hodgson’s side have only won three of their 11 away matches this season and have scored just 10 goals away from home in the league. 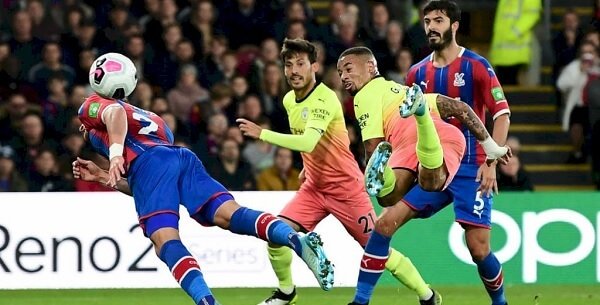 Manchester City take on Crystal Palace this Saturday at 3pm

While Manchester City are in good form and free scoring, they may struggle to break down a stubborn Palace side. However, Palace’s injuries may see City edge this one.

Newcastle’s form has dipped recently and they have only one win in their last six matches and have lost three of their last four, conceding 10 in this run. Steve Bruce’s side have only kept four clean sheets all season and are one of the lowest scorers in the league with just 21 goals in 22 matches.

Following a poor run recently, Chelsea have won two of their last three matches in the Premier League and secured a 3-0 win over Burnley last weekend. They are also in good form away from home having only lost two and drawn one of their last 10 away league matches.

Newcastle’s are struggling at the moment and their long injury list will only hinder them against Chelsea on Saturday. Frank Lampard’s side are looking better and their away from should see them secure all three points at St James’ Park.

Liverpool’s win over Spurs last weekend saw them secure 61 points from 21 games, the highest points total of any team in top flight history. Their last loss in the league came over a year ago when they lost 2-1 to Manchester City. Since then, they have played 38 games, drawn five games and won 33. Jurgen Klopp’s side have also not conceded in their last six games.

Liverpool are clear favourites to beat a really inconsistent Man United side. However, Ole Gunnar Solskjaer has pulled out some strong results against the top sides in the league, including a narrow 1-1 draw with Liverpool in October, so a draw is an outside possibility.