There are some big fixtures coming up in the final weekend of Premier League action before the Christmas fixture pile up begins next weekend.

Struggling Arsenal face an unusually out of form Man City in the flagship game of the weekend. While in form Wolves face a revived Tottenham under Jose Mourinho. At the other end of the table, West Ham could fall into the relegation zone for the first time this season if they lose to Southampton and the Crystal Palace v Brighton rivalry comes to a head on Monday evening.

Despite a slight revival in form with two consecutive 3-0 wins over West Ham and Watford two weeks ago, Burnley have now lost their last three and have only picked up six points from a possible 24 in their last eight matches. The 5-0 loss to Spurs last weekend means Sean Dyche’s side have conceded 11 in three matches and scored just once.

After a slow start to the season, Newcastle have been quietly gathering momentum in recent weeks and have secured back to back wins against Sheffield United and Southampton. Steve Bruce’s side have only lost once in their last seven matches and have failed to score just once in the 2-0 loss to Aston Villa last month.

Despite their dip in form, Burnley can’t be written off, especially at home under Sean Dyche. They are capable of beating anyone and they will be targeting this game as a chance to end their recent poor run. Although Newcastle have been securing good results, they haven’t always looked convincing so Burnley could snatch a result here.

Following the international break in November, Southampton looked to be improving with seven points from a possible nine before last weekend’s loss to Newcastle. The Saints were unable to take their chances in this match to get even a point and Ralph Hasenhüttl’s side haven’t kept a clean sheet since September 14th, when they beat Bournemouth 2-0 ten games ago.

West Ham look like a team bereft of confidence as they squandered a one-nil lead to Arsenal on Monday and went on to lose 3-1. The Hammers have only won once in their last 10 matches, picking up just five points from a possible 30 in this run. They have conceded more than two goals during seven of these matches.

Stuart Armstrong won’t feature for Southampton due to a hamstring injury. Jack Wilshire could be back in contention for West Ham after a recent groin injury but the game comes too soon for goalkeeper Lukasz Fabianski (hip) and midfielder Manuel Lanzini (shoulder).

West Ham are really struggling at the moment and Southampton’s improved performances will be a concern for the Hammers. But as both teams seem incapable of keeping clean sheets so this one could be a score draw.

Other than unbeaten Liverpool, Wolves are currently the in-form team in England. Nuno Espírito Santo has guided his team from relegation trouble to 6th in the league as Wolves have gone 11 games without a loss in the Premier League. However, they have drawn six of these games, five of which have finished 1-1, and they have only kept three clean sheets during this patch.

Tottenham seem to be returning to top form after winning three games out of four in the Premier League under new boss Jose Mourinho. Spurs dismantled Burnley on Saturday and gave Mourinho his first clean sheet as they beat Burnley 5-0, their first in 10 games since beating Crystal Palace 4-0 in mid-September. 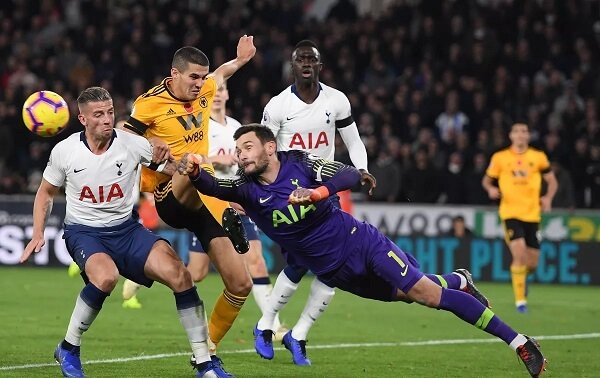 Ben Davies (ankle ligaments) and goalkeeper Hugo Lloris (elbow) will remain out until the new year for Spurs while Michelle Vorm (calf) and Erik Lamela (thigh) will be unlikely to feature as they continue their recovery. Morgan Gibbs-White may return for Wolves after six weeks out with a back injury but Willy Boly will remain out with an ankle injury.

Wolves are incredibly difficult to beat currently and Spurs’ upturn in form means they will be pushing for a win in this game, but Wolves may just find the decisive goal against an inconsistent Spurs defence to secure all three points on Sunday.

Arsenal were enduring their worst run without a win for 42 years before coming back to beat West Ham 3-1 on Monday. Interim boss Freddie Ljungberg has been in charge for the last three games, losing one, drawing one and winning one. Prior to Monday’s win, Arsenal hadn’t won in seven games and last kept a clean sheet in earlier October.

With just two wins in their last five Premier League matches, Pep Guardiola’s side have slipped to third in the table. They were dealt another blow in the title race, losing 2-1 to rivals Manchester United, and they have now lost as many games as they did for all of last season (4). City have conceded nine in their last five matches.

Rob Holding (knee) and Dani Cabellos (hamstring) are doubtful for this fixture. For City, Sergio Aguero may return from his thigh strain but Leroy Sané (ACL) and Aymeric Laporte (knee) will be out until the new year.

Arsenal will be buoyed by their victory on Monday, but one of the most difficult times to play Manchester City is after a bad loss. Arsenal also still look unconvincing and low on confidence so Man City should secure all three points comfortably here.