The Premier League returned last week and delivered some big results. Let’s hope there is as much goal action this week as there was last weekend.

This weekend sees a huge game between Southampton and Watford at the bottom of the table and Norwich will look to build on their win last week against struggling Arsenal. Liverpool face Brighton and the Reds will want to continue their unbeaten start. Chelsea will be eyeing a win after a disappointing loss to Man City last weekend as the race for the top four begins to take shape.

Burnley have managed to turn around their form recently after winning their last two games 3-0 against West Ham and Watford despite losing their previous three before these results. The turn around in form sees Sean Dyche’s side in 8th place. Burnley have only lost three games form 13 this season.

Crystal Palace have failed to win in their past five matches and have only managed one point from 15 in this run. They have only scored three goals in their last five and are one of the leagues lowest scorers this season with 11 goals.

Danny Drinkwater remains out long term for Burnley with an ankle injury, while Johann Guðmunds­son (thigh) and Matej Vydra (hip) are also out. Conor Wickham and Mamadou(thigh) Sakho could return for Palace.

Burnley looked impressive in their last two matches while Palace are struggling, but have played all of the current top four in their last five. This will be a tight game that will end in a score draw.

West Ham’s poor form continued last weekend and stretched their run without a win to eight games in all competitions. Manuel Pellegrini’s side have only gained two points from their last seven matches and conceded 16 goals during this run.

Winston Reid is out for West Ham with a knees injury, Lukasz Fabianski is unlikely to play due to a thigh injury but Jack Wiltshire (groin) could return. Chelsea will be without Reuben Loftus-Cheek, Callum Hudson-Odoi and Ross Barkley due to injury but Antonio Rüdiger could return after a groin injury.

With West Ham struggling to pick up results currently and considering Chelsea’s excellent recent form, a home win is to be expected at Stamford Bridge on Saturday.

Southampton were unlucky to come away with just a point against Arsenal last weekend as Ralph Hasenhüttl’s side put in a much-improved performance. The Saints’ had lost their previous three matches before the draw last weekend and they haven’t won since the 14th September. Southampton have the worst defence in the league, conceding 31 goals in 13 games and they have only kept two clean sheets all season.

Watford will be bitterly disappointed with their 3-0 loss to Burnley last weekend which followed their first win of the season over Norwich before the international break. Watford are struggling for any form this season; their best run came with three consecutive draws in October. 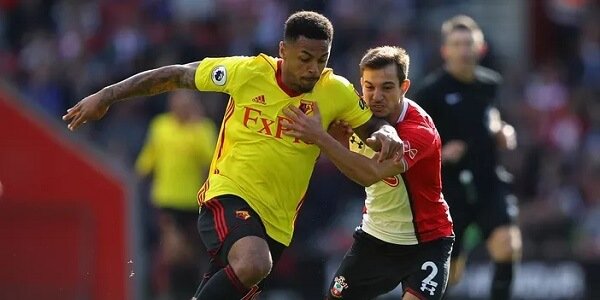 Southampton have no fresh injury concerns or suspensions. Sebastian Prödl and Tom Cleverley could be back in contention, but the Saints will be without Danny Wellbeck, Daniel Bachmann and Roberto Pereyra who are all out with hamstring injuries.

This is a massively important game for both sides and victory could be decisive by the end of the season. Southampton’s improved display against Arsenal will make them favourites and they may just edge past Watford and come away with all three points.

Norwich won their third match of the season on Saturday, beating fellow strugglers Everton 2-0 away last weekend. This comes after a terrible run which saw the Canaries winless in seven. Daniel Farke’s side have gained just four points from a possible 24 in their last eight matches and have one of the worst defences in the league having conceded 28 in 13 matches.

Arsenal’s 2-2 draw with Southampton has increased the pressure on Unai Emery. The Gunners are winless in their last five matches and have fallen to 8th place in the league with three points from a possible 15. Arsenal were outplayed against Southampton and have looked second best in this difficult spell and are struggling to control matches.

Timm Klose (knee ligament), Grant Hanley (groin), Josip Drmic (hamstring) and Jamal Lewis (knee) are all out for Norwich. Dani Ceballos and Sead Kolašinac are both out for Arsenal with hamstring injuries.

Norwich will be buoyed by their recent win and Arsenal’s confidence is suffering so the points could be shared at Carrow Road this Sunday.

Make sure you follow us on Twitter @BettingWorx and never miss our free Premier League Previews, news, free bet info, promos and more!