We look at what impact Manchester City’s impending ban could have on the football world.

Unless something dramatic happens, such as Harry Kane lifting the European Championship trophy this summer, Manchester City being banned from all European competition for two years is the biggest story in English football this season. The reigning Premier League champions, whose owners have made it clear they desire European football’s biggest prize above all others, were thrown into turmoil when UEFA banned them from the Champions League for two years. So how did we get here, is an appeal likely to be successful and what implications could the ban potentially have on not just City, but the English game as a whole?

Why were City banned?

The European governing board for football sanctioned City claiming it breached Financial Fair Play (FFP) regulations by allegedly overspending in their development of their star studded expensively assembled squad. FFP regulations were introduced in an attempt to make the game fairer by capping spending, so those clubs who don’t have the resources of the ‘elite’ clubs can bridge the gap and make the leagues more competitive.

The FFP regulations themselves are fairly complex, but the idea is that teams attempt to break even. Clubs can spend up to 5m euros (£3.9m) more than they earn per assessment period, although, under this monitoring period, total losses of 45m euros (£35m) were permitted as long as clubs had owners who could cover such amounts. With clubs like City, this isn’t a problem as their owners have unlimited wealth. It is these regulations which UEFA claim City have seriously breached.

It is claimed they overstated sponsorship revenue and break-even information in accounts submitted to UEFA between 2012 and 2016. UEFA acted on the decision of the independent Adjudicatory Chamber of the Club Financial Control Body (CFCB) following a hearing.

What could this mean for City?

Well, if you are somebody who is from the outside looking in, you would the think the vultures will begin to circle. Man City haven’t broken records without the help of some of the best players in Europe. There are some whose contracts expire soon, and we know this will be David Silva’s last season. However, there are major players who are under contract for several years who will be very attractive to other top clubs. Kevin De Bruyne, Bernardo Silva, Raheem Sterling, Ederson and Riyad Mahrez have all provided moments of magic and helped City to win trophies. Without European football for two years, will their heads be turned?

Will Pep stay or go?

Pep Guardiola is one of the best managers in the world and has completely transformed Manchester City. They won trophies before he arrived on these shores, but they now do it with a swagger and a style that is the envy of many clubs around the world. He is currently under contract until 2021 and has recently repeatedly insisted he will honour that contract. However, he has also remained firm in his belief and trust in the City hierarchy when they have claimed UEFA had no case against them. Will that trust now have wavered? 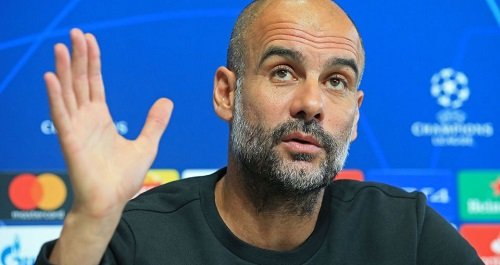 Pep has already won every domestic trophy available in England, so you would have to presume the Champions League is the one he wants to complete the set. After the recent victory in Madrid, you would not bet against him winning ‘ol big ears’ this season. He may then see that as job done and seek a new challenge, Juventus have recently been strongly linked with the Spaniard.

There will be no shortage of takers of course if Pep wants to leave. It is also likely that quite a few players would want to follow him out of the door as well. This could all hinge on whether City’s appeal is successful or not.

We proudly like to boast that we have the best league in the world, that it is the most watchable because of its competitive nature and unpredictability. However, that notion does not look accurate for this season, and if the ban is upheld, possibly for the foreseeable future as well. Despite a recent wobble, Liverpool will claim their first ever Premier League title this season, after blowing everyone away pretty easily to take an unassailable lead at the top. Last season, it was neck and neck right until the final day between City and the men from Merseyside, a fantastic title race that had twists and turns galore.

However, If City end up being weakened by the loss of Champions League football, then it would widen the gap between Liverpool and the rest of the Premier League and lessen the competitive edge in England’s top-flight. When you look at the other traditional ‘big’ sides, you struggle to find anyone who can compete with Jurgen Klopp’s reds. Chelsea are going through a big transition phase with a rookie manager, the same could be said for Arsenal. Tottenham have turned to a former Premier League winner but are going backwards, while City’s neighbours Utd continue to struggle amid fan protests and boardroom unrest.

All of this means less glamorous clubs, such as Leicester, Wolves and Sheffield Utd find themselves in lofty positions. However, looking to them to actually provide a sustained challenge to Liverpool is as likely as having a weekend of football free from VAR controversy. It just won’t happen. It would be a shame for our league to become a procession for one club every year, but that is very much a possibility if City remain banned.

The Football League Could Suffer

City’s owners might now know it, but there are actually fully functioning leagues that exist beneath the top level. If the ban remains in place, then as well as the UEFA sanctions, the Premier League could implement some of their own. Punishments range from large fines, points deductions and even relegation to League Two. It must be stressed that this would probably never happen, but if it did, what would happen to the league structure?

You could potentially be looking at more promotion places available in the Championship and Leagues One and Two. It would be a logistical nightmare and although unlikely, nothing can be ruled out at this stage.

Those heady summer days in 2018 watching England storm to a world cup semi-final could be a distant memory if Pep Guardiola leaves these shores. Without taking anything away from Gareth Southgate, who has given younger players a chance, you can visibly see the difference Pep has had on certain England players.

It has long been argued that England’s problem against the better teams in tournaments is they don’t keep the ball enough. However, with managers such as Pep instilling their keep ball and build from the back philosophy, this has influenced not just the players he manages, but also other clubs and in turn their English players. Raheem Sterling is a great example. So often before Pep arrived, he was seen as a frustrating player, bags of potential, but lacking an end product and was hit and miss. In fact, at Euro 2016 he was booed by a section of England’s support.

Since Pep has started to work with him, the change has been dramatic. Sterling has hit double figures in all competitions in each of the last four seasons and will be one of England’s key players this summer for Euro 2020. There are also the younger English players who could suffer. Phil Foden starred in City’s league cup final win over Aston Villa on Sunday, taking the occasion in his stride and sparking calls for a potential England call up. If Pep was to leave, would this hinder his progress?

What Will the Future Bring?

We now await if City’s appeal will be successful. They have of course hired the best lawyer’s money can buy, but there is a danger that this could turn really ugly. Rumours of City mentioning other clubs not being punished despite accusations of overspending, such as PSG, are likely to play out. This could become a slanging match played out over a backdrop of millions of pounds and the game in England becoming even more broken and separated from grassroots and reality than it already is. Of course we don’t know how it will play out, but one thing is for sure, this will not be the last we hear of FFP and clubs being punished, expect more to come.