Has the Magic of The F.A Cup Officially Gone?

It is known as one of the most prestigious cup competitions in the world.  Mention the F.A Cup to a football fan, old or young, and nostalgia takes over as they recall memories that will last a lifetime.  From Ronnie Radford scoring a thunderbolt in 1972 for Hereford as they beat Newcastle, to Wigan beating the mighty Manchester City in the 2013 final, this famous old competition has produced some of football’s most iconic moments. However, since the introduction of broadcasting giants such as Sky and BT, and with money now awash in football, has the cup lost its sparkle? Can supporters of lower league teams realistically still dream of toppling the giants? Is the gap now just too big?

A look in the past

If we take a trip down memory lane, there is no doubting the F.A cup was the pinnacle at one stage of the English game.  Older football fans regale with glee how F.A cup final day was magical, as they settled down to watch it live on T.V. Such was the importance of the cup back then; this would be one of the only football matches that was shown live throughout the football calendar.  Indeed, many football clubs placed more importance on winning the cup than the league, something that would be laughed at in this money-orientated modern age we live in.

It wouldn’t matter if you were a Man Utd or a Macclesfield fan, or supported Spurs or Stockport, everyone loved the F.A cup.  Significantly, fans of the so called ‘lesser’ teams would have the opportunity to see their club take on the giants of the game, and often beat them.  Wrexham beating Arsenal in 1992, Sunderland beating Leeds in the 1973 final, every year there were major shocks, and the fans loved it (unless their club was on the receiving end of course). Yes, the magic of the cup was alive and well and those minnows of football dared to dream and often delivered.

But what of the modern incarnation? The two standout cup moments of any season, the Third Round and the Final, are too often tainted by second-string line-ups, predictable matches and inconvenient kick-off times. A big six side will, of course, make the final. They’ll either comfortably beat a mid-table Premier League club or grind out a 1-0 win against a fellow Champions League regular.  Hardly stokes the fires does it?  That old magic is still there, but it is wilting dramatically.

Now of course upsets still happen, and stories still capture the imagination. Let’s look at last weekends third round games.  A 40-year-old (yes 40) defied Father Time and struck an equaliser as Rochdale from League 1 held Premier League Newcastle.  Elsewhere, another League 1 team, Tranmere Rovers, produced a fantastic comeback as they came back from 3-0 down to draw 3-3 at Watford.  If we look around for some other upsets and shocks we find…….nothing! So two draws, albeit great results in their own right, is all the third round of the 2019/2020 F.A Cup can produce in terms of eye-catching stories.  No electrician who scored against a league team, no part time plumber who came off the bench to earn a money-spinning replay.  Instead there were reserve teams, in most cases a couple of players from each worth far more than the entire squads they were playing against, proving far too strong and easily going through to the next round unscathed. 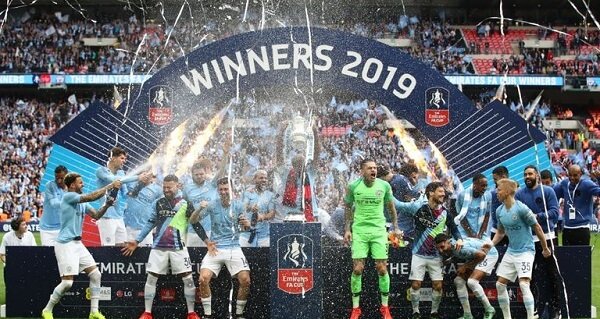 Is it now all about money?

For the lower league clubs, it’s very much about money. The kind of money that could rescue a club, fix a broken roof on the main stand or refurbish the toilets. At the first stage, the Extra Preliminary Round, there is a potential £2,250 available for the winner. This rises to £25,000 by the final qualifying round. For fans, however, it’s a chance to see their team compete against sides they’ve never played before or only watched on the tele. They also crave bragging rights against clubs from rival leagues in the same neck of the woods.  By contrast, for Premier League clubs, it’s an inconvenience, something getting in the way of their packed schedule, as players on £100,000 per week claim they are tired because they have played 2 games in a week.  And thus, there it is, the great divide.  In bygone eras, you believed shocks would happen.  Journeymen strikers plying their trade in the lowest reaches of the game suddenly turned into Maradona, goalkeepers defying their more illustrious counterparts for 90 minutes and becoming heroes. Any gap that existed could be breached.

Nowadays, well the gap may just be too big.  When Premier League teams can field reserve sides worth millions upon millions, what hope of an upset?  In a season where Bury have been expelled from the league, Bolton deducted points and Macclesfield on the brink, the gap is starker than ever.  So has the magic officially gone, or does the cup still give you that feeling of daring to dream? 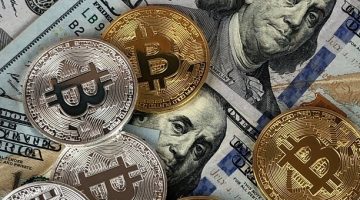 Growth of Bitcoin Casinos in 2021

The FA Cup returns this weekend as 32 teams enter the fourth round, hoping for…