The Global Impact of Football

Football is a global sport and could comfortably be called one of the farthest reaching sports of all time. Whether you call it football, soccer, footie or The Beautiful Game, chances are you’ve played it once or twice, or at least watched a game or two. According to FIFA, over a billion people tuned in to watch the last World Cup Final on TV in 2018, whereas over 30 million fans watched the Euro 2020 Final from their sofas in July 2021. There is no doubt that football dominates the sporting world, and most countries have a healthy fanbase around their local and national teams. For many, football represents the pinnacle of sporting achievements, and it is well documented that money is pumped into the industry year on year. The very best players are worshipped as footballing idols and frequently go on to become some of the most influential and enterprising celebrities in the world.

So, let’s take a closer look at how exactly football has impacted our lives since its rise to prominence way back in the Middle Ages, and see which country claims to love football the best.

A Brief History of the Game

Although the exact origins of football are contested as almost every larger civilization on Earth has developed a similar game at some point, it is generally recognised that the game played professionally today originated in Britain. Offshoots such as American Football, Australian Rules Football and Canadian Football, for example, are entirely different games and are not what we’re examining in this article. Whilst the first references to playing football are from the Medieval period (including the important Shrovetide football matches which took place all over Europe), it wasn’t until the time of Shakespeare that the sport began to take on more significance. As with other major sports like cricket and rugby, the British public school system was instrumental in the development of football. This is where the rules and regulations were standardized, and where important points like the offside rule and how to pass and dribble the ball came into being. From here, clubs were formed, such as London’s Gymnastic Society and The Foot-Ball Club in Edinburgh.

By the time the 19th century rolled around, a Football Association was established in Britain and rules of play were further developed. This was a necessary step as clubs had developed to include different cities and areas of the country, as well as individual public schools. However, by the dawn of the 20th century, it was clear that a wider-reaching organisation was needed. Football was now a popular sport right across Europe and in other countries across the globe. Thus, FIFA (Fédération Internationale de Football Association) was formed. Since then, the sport has gone from strength to strength, growing into an eagerly followed professional sport and a national pastime for many countries. 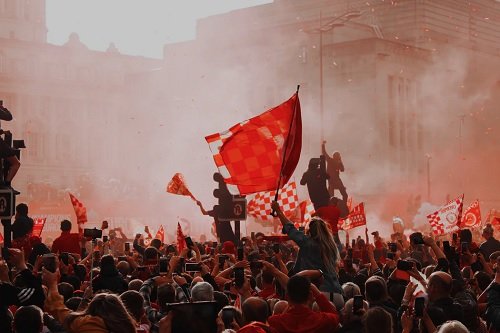 The Importance of Fans

Which leads us to the next most important thing about the game after the players: the fans. Without their loyal followers, football teams would not be able to achieve the feats of sporting brilliance that they do. Fans are often the only thing standing between a team and liquidation and, for many people, their football team is one of the most important aspects of their life.

Fans show their undying support in a whole host of different ways. They buy season tickets and make sure never to miss a game; they wear their team’s colours on match day and buy the new uniform; they place bets on their favourite players and during important competitions; and they tune in to televised matches, even when they can’t be in the stadium. For many British and European fans, betting and football have always gone hand in hand, and this habit has spread out to include fans from all over the world including countries as far apart as China, South America and India. Using trusted review sites, interested fans can access credible online football betting resources, safe in the knowledge that sites such as Asiabet have thoroughly assessed them. With everything from odds and betting markets to bonuses and safety covered, fans can simply relax and enjoy the process. And hopefully back a winner!

So, which country loves football the most?

It’s a difficult question to answer, but the top nations definitely include:

Is your country included in this top 15? In countries such as Brazil, football has become so integral to people’s way of life that it has taken on a whole new significance beyond that of a sport. European countries like Germany and Spain are also passionate about their teams, and in Britain football is referred to as ‘the beautiful game’.

Why Does “Retro” Video Poker Remain So Popular?

Video Poker remains one of the most ubiquitous casino games, both online and offline. While…

Comparing Online Betting Platforms: What To Look For

Online sports betting has become increasingly popular in recent years. With the convenience of the…

Exploring luxurious resorts that house the world's biggest casinos is a high-roller dream. Strolling through…

5 Of The Most Trustworthy Online Casino Payment Methods

There is a wide variety of options available in the realm of online casinos. In…