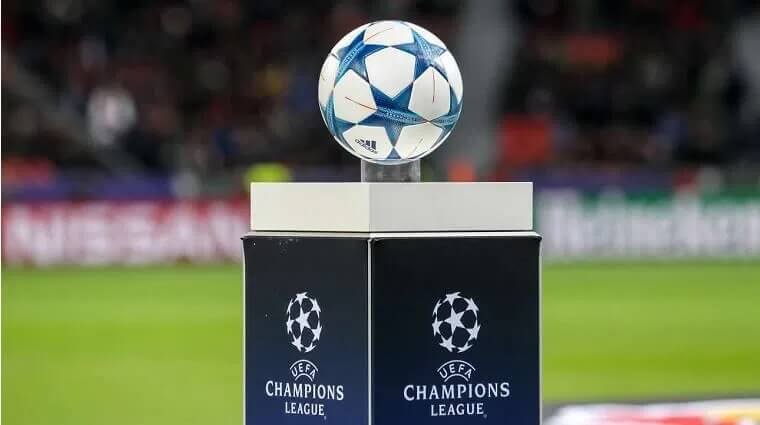 Many people dismiss the Champions League group stage as a mere formality, a chance for Europe’s lesser teams to pit their wits against the elite before the real action kicks into gear in the knockout rounds. However, the group stage can often throw up some high-class match-ups, and some goal-laden thrillers.

We’re talking games full of goals, late drama, clashes of giants, and unforgettable moments. The Champions League has supplied plenty of matches full of all these things, and this season has been no different, Bayern Munich’s recent 7-2 mauling of Tottenham Hotspur a prime example. Champions League betting odds are already showing who the favourites are for this year’s competition, but for now, let’s have a look at some all-time classic group stage matches.

What better place to start than Bayern Munich’s recent hammering of Tottenham in north London. Most people expected there to be a few goals in this one, but I don’t think anyone saw this scoreline coming! Spurs started the game the better of the two sides, and Son Heung-Min’s early strike gave the home side the lead. Sadly for Mauricio Pochettino’s side, it was all downhill from there.

Joshua Kimmich equalised with a beautiful curling effort, before Bayern’s star striker Robert Lewandowski gave them the lead with a rasping drive on the stroke of half time.

The second half can only be described as defensive carnage from Tottenham’s point of view. Serge Gnabry bagged an incredible four second-half goals, with Lewandowski adding his second for good measure. A Harry Kane penalty proved to be nothing more than a consolation for the home side on this crazy, goal-filled night at the Tottenham Hotspur Stadium.

“Ohhhh you beauty! What a hit, son! What a hit!” Steven Gerrard’s stunning volley against Olympiakos and Andy Gray’s immortal commentary means that this game holds a special place in the hearts of Liverpool fans and remains one of the all-timebest Champions League matches.

After falling 1-0 behind to a Rivaldo free-kick, Liverpool needed three goals to secure a place in the knockout stages of the 2004/05 edition of the tournament. Second-half goals from Florent Sinama-Pongolle and Neil Mellor gave Liverpool fans hope before Gerrard crashed in a howitzer of a volley to finish the job.

It is the context of this match that makes it so significant. Liverpool, of course, went on to win the Champions League that season but had that night against Olympiakos at Anfield turned out differently, the miracle of Istanbul may have never been.

Who doesn’t love an eight-goal thriller? When Bayer Leverkusen and Roma met at the Bay Arena in the group stage of the 2015/16 Champions League, it’s fair to say few fans were anticipating the rollercoaster thrill-ride that was to follow.

A Javier Hernandez double gave Leverkusen an early two-goal lead, but by half-time Roma were level after Daniele De Rossi bagged a brace of his own. Miralem Pjanic’s sumptuous free-kick gave the Italian side the lead before Iago Falque’s strike made it 4-2 and seemed to have secured Roma the three points.

However, a spirited late fightback from the hosts brought about two quick-fire goals. Kevin Kampl curled in a beauty from the edge of the box and Admir Mehmedi completed the scoring two minutes later with a close-range finish.

After the match, Leverkusen coach Roger Schmidt commented: “this was far from a normal football game.” You can say that again!

Barcelona were expected to win when they came to the Etihad Stadium in 2016, having beaten the English side 4-0 at Camp Nou just a couple of weeks earlier. For the majority of the first half, Barcelona dominated and took the lead after Lionel Messi finished off a stunning move.

However, a defensive mishap allowed Ilkay Gundogan to grab an equaliser five minutes before half-time, and from there the tide changed. City came out supercharged in the second half, and a blistering Kevin De Bruyne free-kick gave them the lead shortly after the break. Barcelona threatened to level as Andre Gomes crashed a shot off the bar, but with 15 minutes to go Gundogan smashed in a second from close range to seal a famous win.

The Etihad rocked like never before on that night and gave manager Pep Guardiola a taste of the good times that were to follow over the next few seasons at City. A thrilling clash between two giants, this match had it all.

After a narrow victory over Deportivo a couple of weeks beforehand, this goal-fest in November 2003 took everyone by surprise. A first-half hat-trick from MiladinPršo, along with goals from Jerome Rothen and Ludovic Giuly meant Monaco were 5-2 up at half-time. The goals didn’t stop there, as further goals from Jaroslav Plasil, Edouard Cissé, and a fourth for Pršomade it eight for the home side.

Of course, Monaco were to go on and reach the final that season, losing out to José Mourinho’s Porto in the showpiece game. This goal-laden win summed up the attacking qualities Monaco possessed at the time, hammering a team in Deportivo who would go on to reach the semi-finals themselves.

In terms of pure entertainment, few Champions League group stage games can hold a candle to this one, although in 2016 Borussia Dortmund and Legia Warsaw went one better as the German side won their group stage match at Signal-Iduna Park 8-4!

While the knockout stage is where the drama and tension of the Champions League reaches a crescendo, goal-fests and thrillers can often be found in the group stage, where the pressure is not as great and teams are free to express themselves. With plenty of games still to go in this season’s group stage, who’s to say we won’t see another few crackers over the next few months!

Manchester City still in the hunt for the treble

Are you planning to have a fun poker night with your friends? If your answer…