In the giant industry of online sports gambling, no sport generates more revenue than European football. Now the biggest game in European football is almost upon us as punters look to find smart bets for the UEFA Champions League final – this year played between Liverpool and Tottenham.

Here we will preview the June 1st final in Madrid and determine where the smart money is between these two English Premier League rivals for the best soccer bets.

Route to the final

Liverpool and Tottenham have experienced similar routes to the final, starting from the group stage. Tottenham finished runner-up in Group B behind Barcelona, while Liverpool trailed Paris Saint-Germain in Group C. Both clubs were then comfortable winners in the Round of 16 against German opposition – Tottenham over Borussia Dortmund, Liverpool over Bayern Munich.

The quarterfinals provided differing challenges, with Liverpool cruising past Porto and Tottenham edging out Manchester City in an all-time classic, but both sides produced remarkable comebacks and defied all expectations in the semifinals. Firstly, Liverpool fought back from 3-0 down after the first leg against Barcelona to win 4-0 at Anfield, before Tottenham recovered too from trailing 3-0 on aggregate with 35 minutes to go against Ajax to draw 3-3 and advance on away goals.

Liverpool will be boosted by the returns of Mohamed Salah and Roberto Firmino after the attacking duo missed the Barcelona second leg with injury. Manager Jurgen Klopp could also welcome back midfielders Alex Oxlade-Chamberlain and Adam Lallana who have been long-term injury-absentees. Another midfielder, Naby Keita, appears the biggest doubt at present.

For Tottenham, all eyes will be on the fitness of star striker Harry Kane. The England captain suffered an ankle injury six weeks ago and has not featured since. Spurs manager Mauricio Pochettino is hopeful of having Kane back, but hinted his involvement would likely come from the bench.

Where is the smart money?

Recent history does not look good for Tottenham: in the past 14 games between these two sides dating back to March 2013, Liverpool have won nine and drawn four. While history like that may have little bearing on the current teams, this season’s record gives a fairer indication: two 2-1 wins for Liverpool in the Premier League. Another 2-1 Liverpool win is priced at 15/2.

Roberto Firmino scored in both of those games and should he start following injury, you can get him at 7/4 for anytime goal scorer.

While both matches this season boasted three goals, a Champions League final is sure to be a cagier affair, considering what is at stake. With Virgil van Dijk at the heart of their backline, Liverpool’s defense has been transformed into the meanest in the Premier League, while Pochettino is a master tactician and would have formulated a plan for Spurs to stifle the fearsome Salah-Firmino-Mane trio. With that in mind, under 2.5 goals at 10/11 looks a tempting option.

If you feel there could be a few more goals in this game, Liverpool to win and Under 3.5 goals is available at 13/8. Given the gulf between the two sides this season – Liverpool finished a massive 26 points ahead of Spurs in the Premier League – and their head-to-head record, Liverpool should win this final. Plus, Liverpool should be close to full strength, while Tottenham could well be without their chief goal threat in Kane.

Want a few longer shots to consider? Sadio Mane has scored five braces in his past 16 games. Mane to score two or more goals is priced at 17/2. The last time Tottenham beat Liverpool was a 4-1 win in the Premier League in October 2017. A 4-1 win for Tottenham in the Champions League final is priced at 80/1! 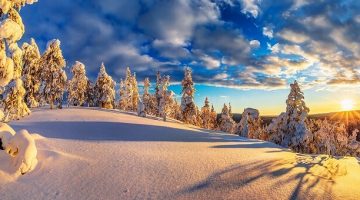 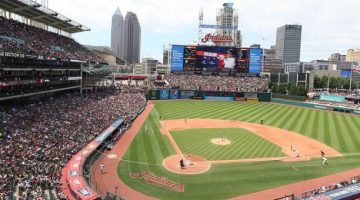 Both sports betting and casino games are gaining lots of ground in the United States.…