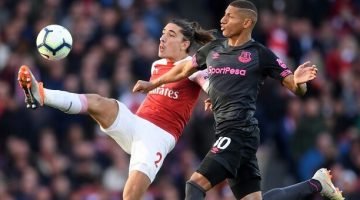 After a reduced fixture list and several mid-week matches, the Premier League returns to near full strength this weekend. Man United closed the gap on league leaders Man City to eight points with a 3-1 win against Burnley last weekend. But the Citizens remain the favourites to lift the 2020/21 Premier League title. There have […]

There is a scaled-back Premier League schedule this weekend due to the FA Cup semi-finals taking place. However, there are still a few key clashes where teams can make up ground in the race for Europe and in the relegation places. Everton and Tottenham dropped points last weekend to Brighton and Man United respectively in […]

Manchester City took another step closer to the 2020/21 Premier League title last weekend with a 2-0 win over Leicester. The Citizens are now 14 points clear at the top with seven games remaining. Behind them, Manchester United are edging closer to second place as they beat Brighton 2-1 last weekend. But the race for […]

Following the international break, Premier League teams return for the final stretch of the 2020/21 Premier League season this weekend. Manchester City remain the clear favourites to lift the title this season. Pep Guardiola’s side are currently 14 points clear of second placed Man United. But the race for Europe is still alive with Chelsea, […]

The race for the 2022 World Cup began on Tuesday evening. 55 European teams will compete across the ten qualifying groups for their place for the finals in Dubai next year.  In the first round of fixtures, there have already been some shock results. France was held 1-1 at home to Ukraine, Turkey stunned the […]

Manchester City still in the hunt for the treble

The English Premier League is currently witnessing a display of what many would call one-sided domination. Manchester City broke numerous records since the campaign started, and it seems that Guardiola’s boys are on the way to having one of the best seasons in the history of England. Their fans are already dreaming about the famous […]

Are you planning to have a fun poker night with your friends? If your answer is yes, here’s some good news. You don’t need to buy or rent a poker table; you can easily play online and through mobile. We’ll provide you with information on top-rated free poker apps where you and your friends are […]

Only four games are taking place in the Premier league this weekend but there is still plenty of action to keep an eye on in the race for Europe and at the bottom of the table. Spurs, Arsenal, and West Ham all play this weekend and they will hope to make ground on the top […]

Man United caused one of the biggest upsets of the season last weekend as the red Devils defeated Man City 2-0 in the Manchester derby. The result ended City’s 21 match-winning run. But it is unlikely to blow open the title race and City still hold an 11-point advantage at the top of the Premier […]

Man City’s sensational run continued this week as they made it 21 wins in a row after beating Wolves 4-1. Pep Guardiola’s side could become runaway leaders in the next couple of weeks. But they face second-place Man United this weekend, who will be hoping to make a late charge for the title against their […]