As the Premier League nears its conclusion, there is still plenty to play for with competition heating up for survival and for the European places at either ends of the table. At the bottom, Norwich, Bournemouth, Aston Villa, Watford, West Ham, and Brighton still have time to win and lose points in the final five […]

Liverpool were finally crowned the champions of England last week, ending their 30 year wait for the Premier League title. Jurgen Klopp’s side secured the trophy with seven games still to play and face second placed Manchester City on Thursday. There is still plenty to play for as competition for the European places remains wide […]

The Premier League’s welcome return has already provided us with plenty of talking points, drama and some fantastic goals. Liverpool were unable to lift the title against old rivals Everton on Sunday. Their 30 year wait for a league title continues this week as they host Crystal Palace on Wednesday evening, but other results will […]

After three long, difficult months, the Premier League returns this week. Although it may not be the same football as we were used to before the global pandemic, the fixtures in the coming weeks carry the same significance. There is still plenty to play for at both ends of the table. Liverpool could take a […]

Bundesliga is, at the moment, the only major football competition available for betting. The German national championship resumed to its activities first, and for the moment, all the big betting brands are primarily focused on this league. We will present three big bookmakers (bet365, 888sport, and Betfair)  who offer the best odds for betting on […]

There are so many major sporting events to still look forward to in 2020, which is great news for those who like to place bets on them. We have looked through all of the upcoming action and have come up with three bets with good value. Bayer Leverkusen to finish in the top four in Bundesliga (+120) […]

What is the easiest game to play at an online casino?

So, if you’re a bit of a new player then you’ll hands down go for the slots every time. Slots are very beginner-friendly, and all you have to do is spin that wheel and watch the reels go around. There is no skill involved with slot machines and most of the time there’s little to […] 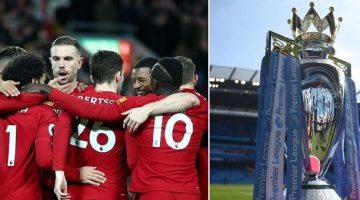 We all yearn for the return of football, but is The Premier League’s ‘Project Restart’ plan a viable one? Plans to resume the Premier League season have been revealed in a scheme that has been called ‘Project Restart.’ A selection of clubs, including Arsenal, Brighton, and West Ham, has opened up their training grounds. Players […] 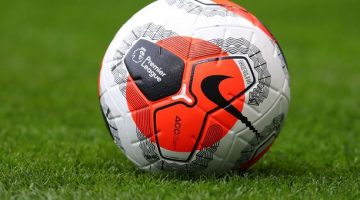 Premier League Players have come together to launch a new initiative to support the NHS, called #PlayersTogether Premier League players have joined forces to launch the #PlayersTogether initiative aimed at generating much-needed funds for NHS charities. It comes in response to some questioning the role elite footballers are playing amid the Coronavirus pandemic. Last week, […] 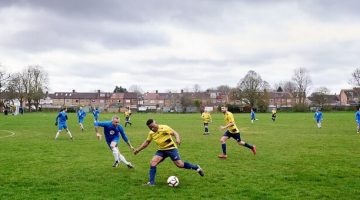 What next now that Non-League Football has been cancelled