Are F.A Cup replays a necessity?

We explain why we think Jurgen Klopp & Pep Guardiola are both wrong about the F.A Cup and the need for replays. Sure it may not benefit every team but the cup is more than just about the big boys.

“I said to the boys already two weeks ago that we will have a winter break, which means we will not be there. The Premier League asked us to respect the winter break. That’s what we do. If the FA doesn’t respect that, then we cannot change it”. Words uttered by Jurgen Klopp following Liverpool being pegged back from 2-0 up against league 1 minnows Shewsbury in the F.A cup at the weekend. The German confirming he will not attend the replay and the U23 manager will take his place. This comes amid several Premier League managers, and even a league 1 manager, recently claiming that F.A cup replays should be scrapped entirely, as the extra fixture places already fatigued players under immense strain, potentially causing them long term damage. There is no doubt the recent opinions expressed by top tier managers has widened an already huge chasm between the Premier League and the lower leagues. So how did we get to this point and will it only get worse?

Since money became a huge part of the game, the gap between the Premier League and the Football League has become astronomical. Many clubs have suffered huge financial consequences trying to chase the dream of being in the top tier. But in the corridors of power at Old Trafford, Anfield, Stamford Bridge and The Etihad, the plight of clubs such as Bury will not have even registered. Of course, they shouldn’t be responsible for other clubs reckless spending, but the recent controversy over F.A cup replays further highlights the different worlds they live in. It is why managers such as Klopp and Guardiola, who have been extremely vocal recently on scrapping replays in cup games, are accused of living in a ‘bubble’, they simply haven’t even thought of the damage scrapping replays would cause to the game lower down. An interesting financial comparison was made between Tranmere Rovers and Manchester United before they were due to meet in the cup on Sunday which brought the massive gap into sharp focus. The average weekly wage for the league 1 side is said to be just over £1,500 a week, compared to their giant neighbours from up the M62, whose average weekly wage is £154,000 a week.

There was a great story to come out of the latest F.A Cup weekend, and it was Shrewsbury Town who provided it. The game was meandering along with champions in waiting Liverpool cruising to a 2-0 victory, before the magic of the cup sparkled once again and Shrewsbury stormed back to force a replay at Anfield. Now, people may argue “It was Liverpool’s reserve team”, and whilst true the team had a different look from what we are used to seeing in the league, most if not all of those players will be earning far more money than those from the league 1 side. Indeed, it is likely Liverpool have taken a lot of their academy players who featured in that team from other academies from lower down the food chain for a mere pittance. The farcical ‘Elite Player Performance Plan’ known as ‘EPPP’ offers absolutely no incentive for lower league teams to develop their own players, as the top teams can just pick who they want to take, with the lower league team receiving a ‘nominal fee’ which is probably the equivalent of what Jesse Lingard earns in a day. The very lifeblood of the game in the lower leagues, developing their own talent and selling them for large fees to survive, now favours the upper echelons of the game. So what do those clubs now rely on? You guessed it, cup runs and replays. 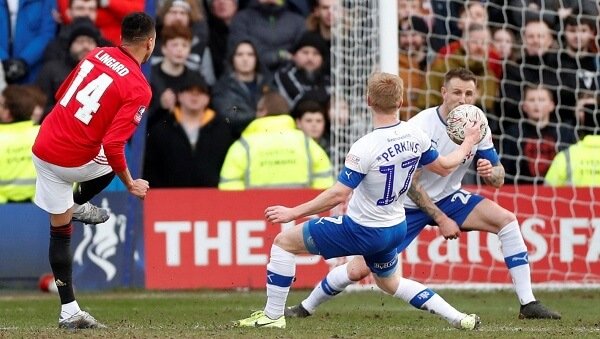 Which is why the majority of neutrals and football fans alike were delighted to see Shrewsbury fightback against all the odds and earn a bumper payday. The Shrewsbury Town manager, Sam Ricketts, said on earning a replay “Financially it opens doors for the club that we couldn’t have opened before. We want to build long-term success of the club. So we can invest in the training ground, in the infrastructure”. The thing to note here is, clubs like Liverpool don’t need to worry about the training ground or the infrastructure. They get millions upon millions just for taking part in the Premier League. Do managers like Klopp realises there are football clubs that have existed for years and years below his level? The improvements Ricketts alludes to making at the club wouldn’t be possible if Klopp has his way.

There was a passionate defence of the cup in its current guise over the weekend, and an attack on Klopp, from Accrington Stanley chairman Andy Holt. He believes the current system is already unfair, and scrapping replays would tarnish the game for good “Jurgen, LFC you’re embarrassing yourself” was his outcry. He went on to say “You’re killing the FA Cup. There’s calls to kill the Carabao Cup. You’re killing us. LFC need censuring and fining heavily. It’s not their football. It’s ours. This path we’re on, forever losing out to Premier League greed has to stop”.

Words from a passionate man, but the sentiments are definitely shared from a growing number of fans who see an uneven playing field getting worse. Even though it may feel like it at times, the elite clubs do not own football. There will be several Shrewsbury fans who have never been to Anfield, why deny them the chance to see their heroes step out in one of the most famous stadiums in the world? It is hard to feel sympathy for Klopp here, if he was worried about the potential of a replay disturbing his players whilst they are sunning themselves in Dubai, could he have not played a stronger team to ensure the win? To say he is not turning up to the replay shows a disrespect to Shrewsbury, and only furthers the suggestion of the arrogance of those at the top table.

The counter argument to this of course is the bigger clubs play a lot of games over the course of the season, adding too much strain on their multi-millionaire superstars. Whilst true there probably are too many games, is this not where their massive resources can come into play? Furthermore, the sign of a successful team is playing a large amount of games as it means you have reached the latter stages of a tournament, surely this is a good thing? A squad that has had hundreds of millions of pounds spent on it, with the best training facilities money can buy should be able to cope.

If we are to start treading down the path of scrapping replays altogether and allowing these managers to rule roughshod over our prestigious cup competitions, the English game as we know it is in trouble. It is easy for Pep Guardiola to claim from his ivory tower that replays aren’t necessary, because for him they are not. I am sure he would take a different view if it was the Champions League. The F.A cup was here long before Jurgen Klopp and Pep Guardiola arrived and it will be here long after they are gone. In the meantime, they would do well to respect our football traditions and get on with planning how to spend their next £100 million.